There are nearly 4.75 billion people connected via the Internet worldwide. That’s nearly 60 percent of the world’s population.

Once limited to the physical location where we reside, the Internet has vastly opened the door for everyone to connect with one another around the globe with a few simple keystrokes.

The Internet, especially search engines, has forever changed the way we live and do business. In fact, most of us now Google, Bing, or Baidu our way through daily living. But have you heard of The Bulgarian Search Engine?

In a recent podcast, I had the opportunity to speak with Kalin Karakehayov — a semi-pro chess player turned domain investor and innovator and serial entrepreneur, about how he started The Bulgarian Search Engine that eventually led him and his team to birth a startup business amassing nearly 50,000 ccTLD domains — an estimated value of $2 million.

Most people across the globe have long become acclimated and well aware of .com, .net, and .org domains after nearly 30 years and counting. However, there is a whole other market of domains most people, including domain investors, are in the dark on are ccTLD domains.

In recent years, .co, .ai, .io, .gg and a few others are skyrocketing in price, usage, and general awareness. Kalin shares intriguing insight regarding the hidden intricacies of the ccTLD market, and how domain investors can practically assess the value of SEO and ccTLD domains.

Last but not least, Kalin discusses the release of an upcoming domain marketplace aiming to empower domain investors to realize 0% commissions: Salestrar.com.

Hit play and learn from Kalin how best to approach a segment of the domain investing world that often flies under the radar: ccTLDs. Enjoy!

How CEO Kristen Anderson Caught the Vision for Catch.co 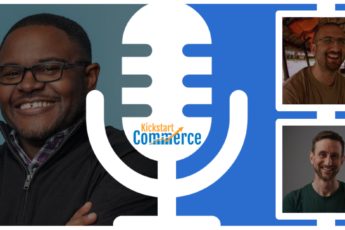 From Hawking Airplane Headsets to Brokering Domains with Brooke Hernandez