Rocking Out with the ‘Sign of the Horns’ Emoji Domain Owner

It’s been some time since I’ve had a moment to interview a personal or company brand.

Since my most recent interview, teaching kids to code using emoji, there’s been quite a few happenings in the emoji domain space:

And those are just a few of the many emoji domain highlights. That said, today I’m fortunate enough to share with everyone my latest interview with Burton Rast, the ‘sign of the horns’ (🤘) emoji domain owner.

Based in San Francisco where he’s a Principal Interaction and Software Designer at IDEO, Burton Rast is quite a talented individual and professional.

As a maker, artist, writer, photographer, and a designer extraordinaire, Burton is extremely passionate about solving unmet human needs in new ways, and with new technologies.

And one technical medium he’s embraced is the usage of emoji domains to present the Burton Rast brand.

Without further ado, let’s rock and roll this interview with Burton as he shares what it’s like to own a very popular emoji domain: 🤘.ws.

KC: So Burton, when and how did you learn about emoji domain names?

My subsequent research, however, led me to the Western Samoa ccTLD (.ws), and I purchased the following emoji domains:

For a while, I also owned a strikethrough domain — b̶u̶r̶t̶o̶n̶.ws — that also mapped to my personal site. However, I wasn’t getting much use out of it, so I eventually let the registration lapse.

But after I registered my first few emoji domains, I began paying attention to the new symbols and characters that were being added to the annual Unicode spec.

When I saw that Unicode 8.0 added the ‘sign of the horns’ in 2015, I used a punycode converter to map the forthcoming symbol to its associated characters (xn--0p9h) and purchased the domain (summer 2015) before Apple had added the symbol to iOS or OS X.

KC: Why did you register 🤘.ws? Does it have a special meaning to you or your line of business?

BR: Well, I grew up a punk rock kid, and my friends and I used the sign both as a greeting and a show of approval.

Even today, the gesture is effectively reflex action for me. So, when the domain became available as an emoji domain, I felt it the perfect representation of the Venn diagram of my punk rock & web nerd interests.

KC: How has using an emoji domain negatively or positively impacted your business or personal brand?

BR: I wouldn’t say 🤘.ws affects my business at all. The impact I typically realize is personally based. It’s the joy of the reaction from friends and colleagues who didn’t know emoji domain name registration was even possible.

In addition, being an early adopter of emoji domains, I’ve led a number of colleagues to purchase their own emoji domains, some of them rather habitually so. (I’m looking at you, Paulo & Nyff) 😀

KC: Would you recommend emoji domains to personal and business brands to represent their primary website? If so or if not, then why?

However, when the association between an emoji symbol and a brand develop organically, typically driven by passionate users of a given product, the fit feels far more natural.

For instance, users of Leica cameras often tag photos with the Large Red Circle Emoji on Instagram (#🔴), a reference to the company’s logo.

I think the best way to reach more customers is to provide people real value through whatever the product, service or experience you offer.

A gimmicky domain of any sort, especially emoji domains on their own, shouldn’t be expected to provide any lasting impact.

KC: Are you using 🤘.ws as your primary web presence or for email? If so or if not, then why?

BR: Not yet, no, as not every platform or device yet parses emoji domains.

In my opinion, emoji domains have a long journey before they become a means of universal communication that I would be comfortable using emoji domains in an email address, and offline/online advertising.

Therefore, I’ve chosen to use redirects and symlinks to make burtonrast.com, misterburton.com and 🤘.ws all one and the same website.

BR: Believe it or not, I’ve not considered additional emoji domain extensions. I’ll admit I haven’t purchased any new emoji domains in some time, so I’ve not kept up with which other TLDs allowing emoji domain registration.

But when I purchased those I own, they were pretty easy to come by. Now, single-character emoji domains seem to sell out as soon as each of the new symbols are announced.

BR: Thanks for your interest, it has been super fun to share!

And now you have the story behind the ‘sign of the horns’ emoji domain.

Special thanks to Burton for taking time out of his busy schedule to allow me to interview such a gem of an emoji domain.

Truth be told, living in Austin, Texas and a Texas Longhorn fan not afraid to flash HookEm (🤘), I had high hopes in securing the 🤘.ws emoji domain.

Two years late I was on being the 🤘.ws owner. Yes, I was a bit crushed to discover 🤘.ws, as well as other single emoji domains I hoped to snag, were registered, yet grateful 🤘.ws was put to great use highlighting the talents of a world changer.

Again, thanks for reading and until our next interview… 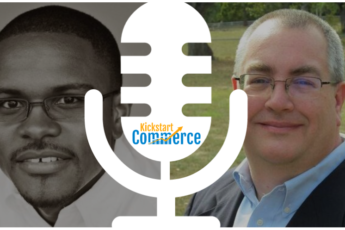 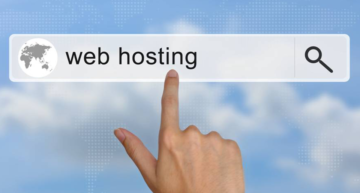 What you need to know about NamesCon 2020…