It’s hard to believe it’s been just over a year since the debuting of DomainSherpa’s Emoji Domains May Take Over the World, having originally aired April 10, 2017.

In short, emoji domains caught fire shortly after Mike Cyger interviewed Matan Israeli and Jon Roig about a universal language that most people throughout the world use day — 6 billion emoji and stickers are sent in 45 billion messages daily per Forbes.

In addition to the interview, Cyger also produced a MUST-READ emoji domain guide: The Definitive Guide to Emoji Domains — a guide including first-ever registered emoji domain names, personal and business brands that own and use emoji domains, and a growing list of up-to-date emoji domains sales.

In my opinion, this interview was the match that lit the fuse for the emoji domain rocket ship ride experience thus far. 🚀

It’s not likely that another emoji domain interview will surface over at DomainSherpa. That said, I decided to take a moment to reflect over the latest happenings since the airing of the DomainSherpa episode, covering the following:

In closing, 2018 is an exciting year for emoji domains to turn the proverbial corner in going mainstream.

But as with anything in life, emoji domains have their own set of hurdles to overcome in an effort to establish themselves as digital marketing staple for personal and business brands.

Last but not least, you’ll want to tune in and listen all the way to the end as I share 6 questions every domain investor should consider before investing in emoji domains.

Thanks, and that’s all for now! 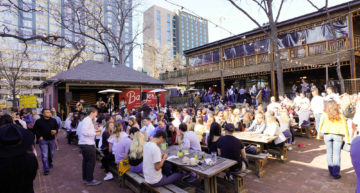