Day One of NamesCon 2018 in the Books

If you’re not in Las Vegas, you should be!

Las Vegas is a vibrant place to be this week, especially with NamesCon hosting its annual event at the Tropicana Hotel.

It was an early departure and arrival time as I traveled from Austin to Las Vegas to represent KickstartCommerce.com at NamesCon 2018.

Arriving shortly after 8 AM local time, I made my way over to the Tropicana Hotel to find it eerily silent upon entry and without much activity. But then again, I was a wee bit early.

Within a hour though, Tropicana, specifically NamesCon, transformed into a buzzing place of introductions, networking, handshakes, hugs, laughs and everything in between. 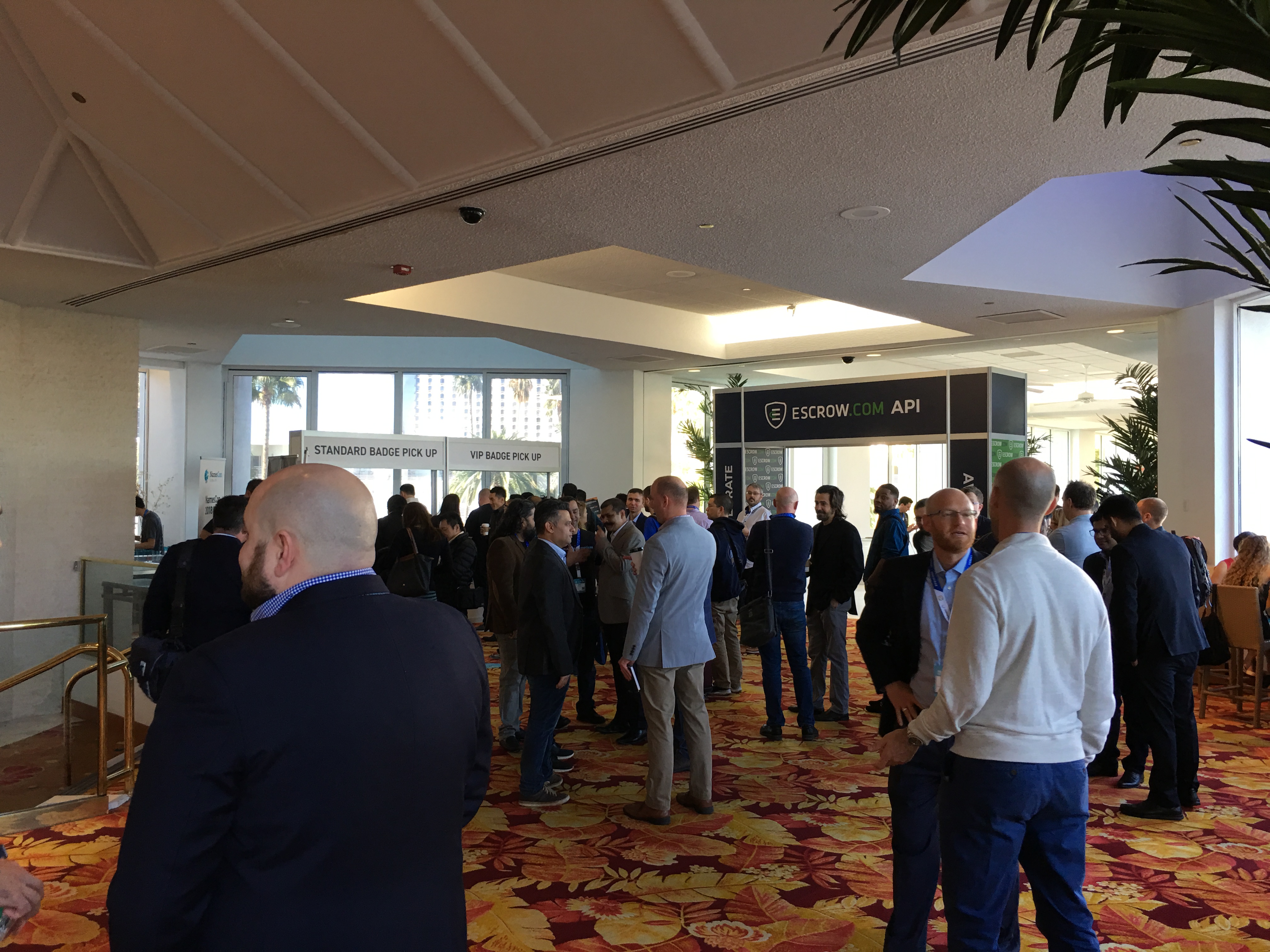 I too encountered new and familiar faces, such as the Matan Israeli, Jon Roig, and the Emoji Empires gents.

With a packed room of hobbyists, investors, and professionals from varying industries, the time finally came to kickoff the Welcome Session with NamesCon CEO Soeren von Varchmin.

There were a few question and answer style introductions made for first-time conference attendees to add a bit of context to NamesCon.

Richard Lau was honored as well as shared valuable insight for how to make the best of the NamesCon experience, as did NamesCon Moderators Derek Newman, Bill Sweetman and Michael Gilmour.

There were many breakout sessions and workshops to consider attending, and much information to glean from presenters for Day One of NamesCon:

Although a good thing, there’s quite a bit of content to consume and digest for one person. Since it was humanly impossible to sit and participate in everything, I chose to attend the bolded topics.

After attending a few sessions, it was time for a break and lunch. I did both while listening to an entertaining Executive Q&A with Richard Lau, moderated by Braden Pollock, tucked away in the VIP Lounge.

Richard shared a bit more of his story and journey, highlighting that most of his time is now spent between domains and mostly cryptocurrency trading.

Nearing the end of the session, I was hoping the agenda had “nap time” slated, seeing I had an early morning start hopping a flight to be in attendance.

Nevertheless, I pressed forward kicking off the second half of Day One attending Domain Auctions and Brokerage: A Path to Monetizing Your Domains. This workshop was moderated by Monte Cahn and Jonathan Tenenbaum.

Amongst a variety of questions, the workshop discussed the upcoming domain auction to be held tomorrow, sharing insight and considerations for how domain owners should validate whether or not a domain is worthy of brokerage and domain auction.

After the session ended, I spent time mingling in the various conference hallways with a few familiar faces.

I bumped into a certain force to be reckoned with: Gregg “Triple G” McNair. At previous NamesCon events, he was known to shave heads all for the sake of raising money for WaterNight.

And of course, true to his high-energy personality, he shared me an idea about how he was going to suggest to NamesCon to start pulling teeth since shaving heads has been retired.

Needless to say, I didn’t stick around long in fear of losing my own precious pearly whites. 🤭  😂😂😂

In addition, I briefly chatted and shared a few thoughts with Ray Neu, co-founder of MERGE!, which has a new date and venue for 2018. Based on our conversation, I’m excited to see where Ray and Jothan take MERGE! for 2018.

Finally running out of steam, it was a MUST to locate and grab a bite to eat, and then head to the room for a bit of R&R.

During this same time, the conference keep things moving with a Women in Domaining Dinner event.

And last but not least, day One of NamesCon was rounded out with a night of fun, food, drinks, networking and lively music at the .GLOBAL Opening Reception.

I’m looking forward to Day Two and all it has in store. That’s all for now!

What’s Next for GoDaddy's Investor App After Filters?

6 Domain Name Suggestion Tools to Find Your Next Domain

Geos, Gerunds, and Growth with the One and Only — Kate Buckley