Did ICANN just turn the emoji domain party out?

Emoji domains have been and are picking up steam in tech and business communities throughout the world.

Emoji domains certainly have reinvigorated and spiced up the domain space a bit with the millennial generation (seeing emojis are preferred communication preference of this crowd).

While many are jumping head first into the emoji domain house party, it appears that ICANN’s security group is 😢 foul and hoping to bring the 🎉 to a screeching halt.

Remember the person dancing too hard next to the DJ at the 🏠🎉?

Yep, that’s good ole’ ICANN at the emoji domain party bumping the table in hopes of making everyone else abide by and march to their beat.

ICANN Security and Stability Advisory Committee (SSAC) has chimed into the emoji domain conversation with a stern warning against the use of these domain names due to non universal acceptance and not device friendly per the Internationallized Domain Names in Applications (IDNA) Standard 2008.

In ICANN’s defense, they’re not making things up. Truthfully speaking, emoji domains can be:

It may not seem like a big deal, but emoji domains could also pose a severe threat such as emoji phishing or homonym attacks that compromises personal data such as credit card, banking, social security and identify theft.

I can’t sit here with a clear conscious and say those are not real threats because they are. However, these are the very same threats that exist with all tlds today with or without emoji domains.

The threat I see causing the most heartburn is accessibility for hearing and visual impaired. But just as those obstacles were overcome with non-emoji domains, I’m certain we, as a collective tech community, are quite close to discovering an innovative solution to remedy emoji domain usage for everyone.

I understand that significant changes to Unicode and/or IDNA may have to be addressed and made for emoji domains to be *safely* included per ICANN SSAC’s liking and approval.

I appreciate SSAC’s recommendations for the ICAAN board to reject any TLD that includes emojis and to advise against the registration of emoji domain names.

However, this seems like an attempt to bump the table in a high-energy party already moving to its own rhythm and beat.

Don’t simply bump the table at the party with no other solution. Let’s sit and discuss viable solutions at the emoji domain table to keep the party fun and *safe* for EVERYONE to participate and get their groove on.

Will ICANN’s latest report keep you from investing or using emoji domains? 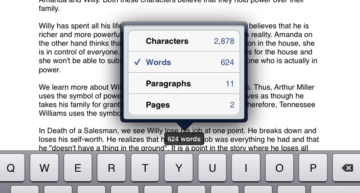