Does your business’ domain name pass the radio test?

Can your potential customers remember your domain without misspelling it while hearing it via a television or radio ad?

If you’ve never considered the thought of whether or not your business’ domain passes the radio test, then today’s post will open you up to a world that is sure to change your perspective on the importance of using domain names passing the radio test.

Most business owners don’t know to consider the radio test when selecting a domain name for their business.

In fact, most business owners consider their business name and domain based on emotional ties.

Others often consider a domain name based on registration availability.

There are a multitude of ways that domain names are conceived.

However, the radio test is rarely, if ever, applied to most domain name selections.

Now you may be thinking, “How does a domain name passing a radio test impact my business?  Well, I’m glad you asked.

What is a domain name radio test?

In short, a domain name passing a radio test is more about linguistics and phonetics than it truly is about being on the radio.

Simply put, the domain test is given the name “radio test” based on the fact that a person must be able to spell your domain without seeing it spelled, and encountering number and word collisions, or sound a likes.

Such confusion leads to traffic leakage and lost sales, something our businesses can’t afford to happen.

So, below is my list of 5 tests to ensure that your domain passes the radio test with flying colors.

Watch for number and word collisions

There are a few number and word collisions that can happen when including certain words and numbers as a part of your business’ domain.  For example, consider the following:

In most cases, the recommended approach is to not consider names with number and word uses/occurrences.

If you must, then it’s always best to purchase the alternative spellings.

Also, I encountered while at the dentist with my boys.

To help occupy the minds of our little people, they have a television with various cartoons and movies playing.

The video of choice was Thomas The Train as you can see in the image below.

Of course, I checked and AVSForYou.com was registered but not developed.

At the time of this writing, AVSFourYou.com is still available via hand-registration.

In my opinion, one should defensively register alternate spellings of your chosen domain, if and when applicable. 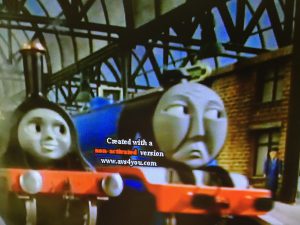 Do not include dashes/hyphens and underscores

Seriously, when and where possible, do not include special characters such as dashes/hyphens and underscores in domain names. Seriously, say the following domains out loud:

A few weeks ago, I received an email from a George Anderson seeking FREE publicity for a company named Coverr.com.

Unfortunately, Coverr.com qualifies as a domain name that epically fails the radio test due to adding an additional consonant to the word “cover”.

If I heard a television or radio ad using this domain, or simply close my eyes and say it out loud, then I’m thinking of the exact word “cover” itself and not cover plus a “r”.

The same can be said for a service that the City of Austin uses to display water usage metrics: DropCountr.  I would type the “e” without a second thought.

Below are other abbreviations to not use when not owning the fully spelled out domain:

And if you must use abbreviations, slang, acronyms and weird spellings, then I recommend buying ALL alternative spellings that a potential customer might use as defensive domain registrations.

Often times, business owners get clever altogether to create what is called a domain hack.

Often domain hacks come in many forms. Few hacks are .com domains while most tend to use a non .com extension, also known as top-level domains (TLDs).

For example, think of bit.ly or del.icio.us when they first launched their companies.

The .ly and .us domain extensions were a fraction of the cost it would have been to purchase the .com versions.

From a financial perspective, purchasing an expensive .com domain may have not been warranted in their humble beginnings until the business concept of both visions proved to be lucrative or profitable.

Nevertheless, there are quite many more domain hacks out there including personal domains.

For example, I almost purchased alv.in only because I couldn’t purchase alvin.com after many unsuccessful attempts.

I wanted to make such a purchase to shorten my current domain, alvinbrown.com.

And yes, I did consider the last name Brown.

I didn’t waste any time trying to secure such a common last name and color.

Let’s just say its worth millions to someone that’s not me.

Be mindful of similar words

Last but not least, I want to bring to your attention something I encountered a few weeks back while driving to work and then to get a trim at the barbershop.

As I approached the 620 / Anderson Mill Road traffic light, I noticed a pickup truck with a domain on the back of its windshield: NeedABrake.com.

As up can see in the image below, the domain had many keywords surrounding the domain itself on the back windshield of this little pickup truck.

Of course, I didn’t think much of the domain name at first glance.

Truth be told, I thought it was a good phrase until I closed my eyes, as I normally do, and said the domain name out loud.

It was then my mind visualized the word “break” instead of “brake”.

The phrase itself made me think of NeedABreak.com instead of NeedABrake.com.

I actually thought of a Mother’s Day Out program when saying it out loud with my eyes closed.

To use NeedABrake.com in a tv or radio ad, this business owner would have to own NeedABreak.com to ensure all misspellings are captured and redirected to NeedABrake.com.

Not too long after seeing this pickup truck, give or take a few hours, I was on my way to Pflugerville to haircut.

While traveling the 45 toll heading east, I spotted the perfect domain that passes the radio test via a billboard.

The billboard ad is in direct competition with NeedABrake.com.

I was impressed that the phrase “Brakes To Go” didn’t make me think of the word “breaks” when saying it out loud with my eyes closed.

The only negative about BrakesToGo.net as a domain is that it is a .net domain instead of .com.

Other words that are quite often confused when a part of domains are as follows:

So, one questions remains for you to answer knowing all you’ve read:

Does your domain pass the radio test?

P.S. When all else fails, ask Siri and she’ll let you know.

The first of many confusing conversations about the new gTLDs

Methods and Tools Domain Brokers Use to Appraise Domain Valuations 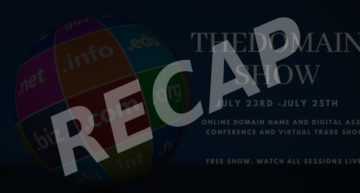 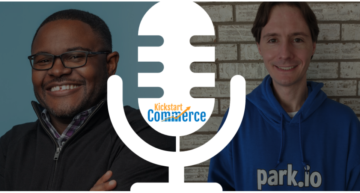